We just left the season of lasts. Last Times. Or what we would call “the-last-time-we…”. Or, at least, Last Times for a While.

We said it so many times over the past month that I think the kids became tone deaf to the idea, but it’s important to mark those times as they happen and allow everyone to say goodbye in their own way.

We heard it a few times, “I didn’t realize we wouldn’t see Aunt Jen’s house again.” Sometimes you miss it and your opportunity is gone.

Here are some of the last times we noted:

And these last times are hard. What’s important is that we get a chance to note it and a chance to say goodbye.

We turn now to “first things”.

What is the first thing you’ll do…

Thank you for your prayers! After a long journey from Detroit, we arrived safely in Cameroon late in the evening on Tuesday. We received our negative Covid-19 test results in plenty time to be printed before we left. The trip was smooth and all of our luggage arrived. God went before us each step of the way!

We are also thankful for the warm welcome we received to our quarantine apartment in Cameroon, with transport, groceries, and a meal waiting for us.

We are returning to our work and studies remotely and settling into our new routine. We hope to move into our home in Yaounde in two weeks.

It is a joy to be back on the field and be able to continue to support the life-changing work of Bible translation in Cameroon. We could not have gotten here without you!

Thank you for being partners with us on this journey.

I’ve often felt (and maybe heard from someone else) that a missionary’s life is just unknowns. Not knowing when travel documents will arrive, or a housing arrangement will be finalized. You learn to live with the unknowns. I suppose that’s not always true, but there are times when it really seems that way.

Right now, is one of those times.

When are you leaving? We’re not sure.

Transition is hard, but it gets amplified by not knowing the when.

I think everyone’s getting a taste of that this year.

Yay! We are super excited to have our passports back from the Cameroonian Consulate with our visas to enter the country. Praise God that this happened so quickly (less than one week total!) and smoothly. This is a huge relief and answer to prayer.  We can now check off the biggest box on our list in getting ready to move to Africa. As they say in French “Toc.”

Just a few more things to do before we go… We are slowly getting it done. ✅ Toc. Toc. Toc.

Our time in France is quickly coming to an end. We have been learning and continue to learn so much living in Albertville. We have just two weeks until our next and last set of exams. Actually, Eila took her language exam yesterday, but she still has another month of school!

We have started gathering documents for our visas, sorting out winter clothes, and making reservations for our trip to Africa. We will be taking a break for two weeks  before we make the big move. (Some of our beloved family members will come to Paris and Rome with us!)  And, we are all still trying to study and learn as much as we can, and also squeeze in as much fun as we can.

We haven’t started saying goodbye yet, but that will be next and it will be tough. We have grown to love this little farm town in the valley of the Alps and the wonderful people we have come to know during our short stay here.  There are, of course, a few things we won’t miss, like bureaucracy and school for Eila. However, the list of things we will miss is very long. For example, the food, the views and most of all the friends we’ve made are now etched in our hearts.

Google photos automatically created this, but it seemed like a good overview of the travel day.

DTW (Detroit) -> EWR (Newark) -> GVA (Geneva), then a big van to our apartment in Albertville.

We have arrived in France!  We had an uneventful flight and arrived exhausted, with all of our luggage mostly in tact, in Albertville on New Year’s Eve.

Josiah with our luggage in Geneva

Eila, Brian and Josiah on the plane (Shannon and Thaddeus slept most of the way!)

Some of the students from our language school came and helped us carry up our bags and gave us a delicious and very special meal from the area where we are living.  This area is called La Savoie, and is in the French Alps.  These very tall mountains are on every side; it is absolutely gorgeous.

There are a few specialities for this region and the one we were treated to for our welcome feast and to celebrate the new year was La Tartiflette.  It is a dish with potatoes and onions and ham that is cooked with a special French cheese.

We had just a short time (1 day) to unpack and get situated before we had appointments and school starting.  The boys were able to start school on the first day back with the rest of the French students.  There are exactly three American children in the boys’ school: Josiah, Thaddeus, and Thad’s new best friend. It is God’s gift to Thaddeus that he is in class with another American boy and they are both thrilled to have each other.

Josiah is in a 4th/5th split class.  In the US, he was in 4th grade.  In France, he is in CM2, which is the equivalent of 5th grade.  Josiah’s teacher speaks a little English and so she has been giving him some alternate assignments and helping him to learn classroom directions and other important school phrases in French. Unfortunately, the TAP (afterschool care) teacher doesn’t know any English and so there is a lot of miming and guessing at what is happening.  It does keep things interesting.

Eila had a test to see where she fit in school, but the results had to be sent away.  The regional administration has just assigned her to a school and we will meet with the director and French as a foreign language teacher later this week.  Hopefully, she will be able to start classes on Friday.  There are several other girls about Eila’s age whose families are studying at the Center with us, so hopefully she will find someone to connect with soon.

Brian and I also took a test to see where we fit in school and we started our classes at the Center. The classes are fairly intense as we are in school the same times as the children, 8:30-4:30pm, minus a break for lunch.  We have also been doing as much as we can to help ease the kids’ transition.  We have our phones and internet set up now.  We have the kids enrolled in school, mostly.  We have library cards, school supplies and food.  We have met one of our neighbors and explored a bit of the town too.

We have only been in France for ten days, but it seems like much longer and also much shorter.  I think it might be that way for a while. 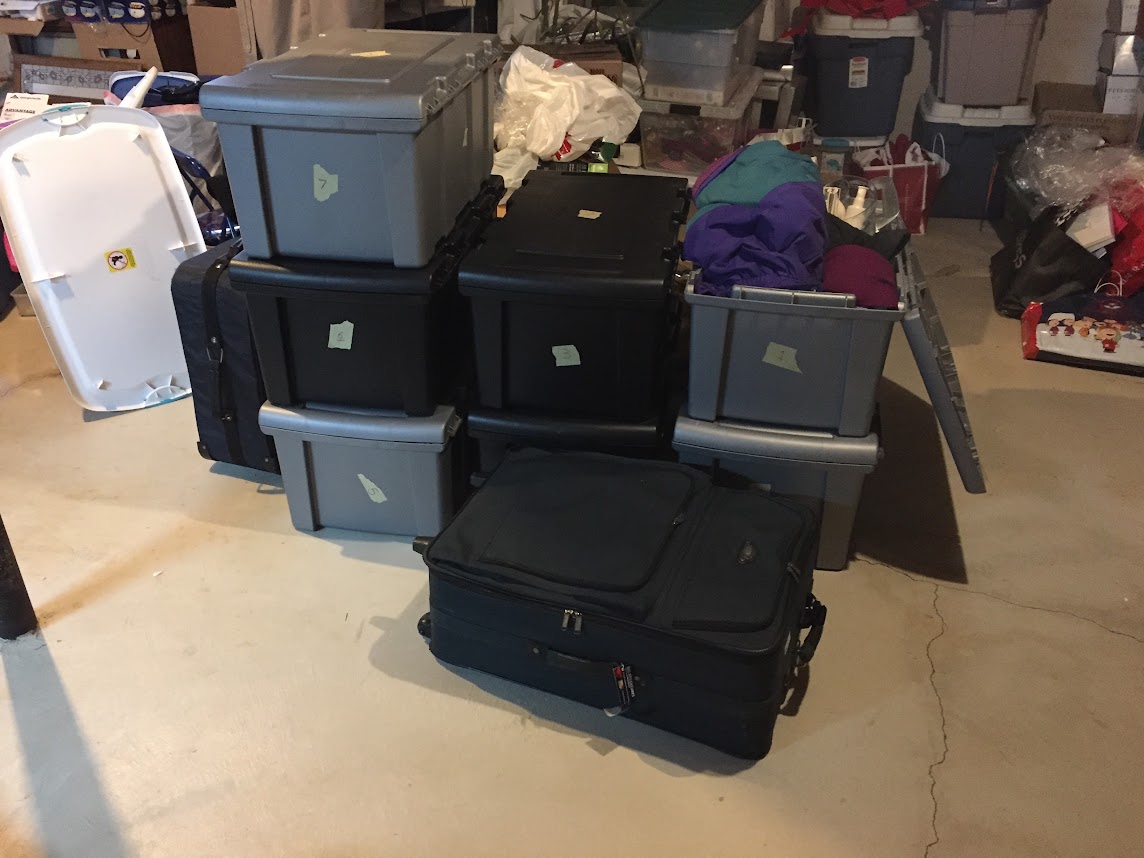 Although we are members of Wycliffe Bible Translators, working with SIL International in Cameroon, our comments on this blog are our own and do not necessarily reflect the perspective of either organization.